We all like to romanticise our adventures on the PCT and share mostly the positive side of the journey, like the incredible views we enjoy; how rejuvenating being out in nature for long periods is for the soul; the awesomeness and comradely of fellow hikers; the kindness of trail angels and complete strangers alike.

For the most part the PCT hiking community is truely awesome. PCT hikers and trail angels are some of the most kind, sharing, intelligent, genuine people you will come across in life.

Unfortunately there are elements out there that bring us all down from time to time and this is my rant about them.

I can not compare to previous years, I’m sure there are complaints about hikers every year, however it is evident from the increase in negative social media posts from businesses and trail angels regarding PCT hikers, that there are more than a few bad eggs in the class of 2018. I’ve witnessed questionable behaviour on multiple occasions myself and called it out. Perhaps it’s time to start naming and shamming and have the whole trail community pull the few into line.

Here are just a few examples that we don’t talk about.

Calling trail angels and arranging lifts from trail to town and then standing them up for a hitch. Trail Angels go out of their way and a completely volunteer basis and with nothing but love for hikers to help people out. When they travel out to pick hikers up and they are not there they will only question the next request for assistance and perhaps stop offering any services.

One thing I really despise about quite a few of the thru hiking crowd is how cheap skate they are. While at Shelter Cove I heard many boasting about camping just outside the resort for free to save the $10 fee, all the while they are happy to ship and pick up their resupply boxes here, spend up on beer and cigarettes, charge their mobile devices, dispose of their trash, take condiments and use the facilities like they are their own. Grrrr… Seiad Valley was another example where big numbers of hikers decided to do similar.

Room stacking hotels. This is where one person will pay for a hotel room and then invite others to stay and split the cost. At Cajon Pass I knew of one group that stacked a two person room with 9 people. This is not only disrespectful to the business, it is basically out right stealing from the business.

There seems to be a bunch of hikers with such a sense of self entitlement and superiority that they think they can say or do anything. Disparaging day hikers, gear shaming other PCT hikers, loitering to steal power to recharge mobile devices, the list goes on.

At Shelter Cove again while I waited in line to pay for a few resupplies there was one female hiker picking up a resupply box that basically blew up at the cashier over razors. The small store didn’t stock them. “You should really stock razors you know! Some of us girls like to shave on trail.” said the girl with the hairiest armpits ever. I had to call her out in front of everyone and said, “Perhaps you should have sent a couple in your resupply box or carry one, they don’t weigh much.” The cashier appreciated this, the hiker not so much.

Another pet hate of mine is coming across trail magic and opening a cooler to find it full of trash left by hikers, not just the wrappers and cans from the trail magic itself but a hikers entire weeks worth of trash, left for the trail angel who put the magic out in the first place to carry the garbage out. Fuck that. It you can carry that shit in, you can damn well carry it out.

Leaving junk in hiker boxes is another peeve for me. A hiker box is a box where hikers can leave unwanted gear or food for hikers behind to have free of charge. The problem is that many hiker boxes become trash cans. Leaving a clean pair of pants because one has lost so much weight I can understand but leaving beaten, stained or ripped clothing? Come one people. Shoes are a big one – dirty, smelly, obviously well worn shoes with no tread – who is going to want them? Better off in the bin along with the 1/4 full jar of peanut butter and unspecified grain in the ziplock bag. Throw that junk out where it belongs – in the bin, not the hiker box. 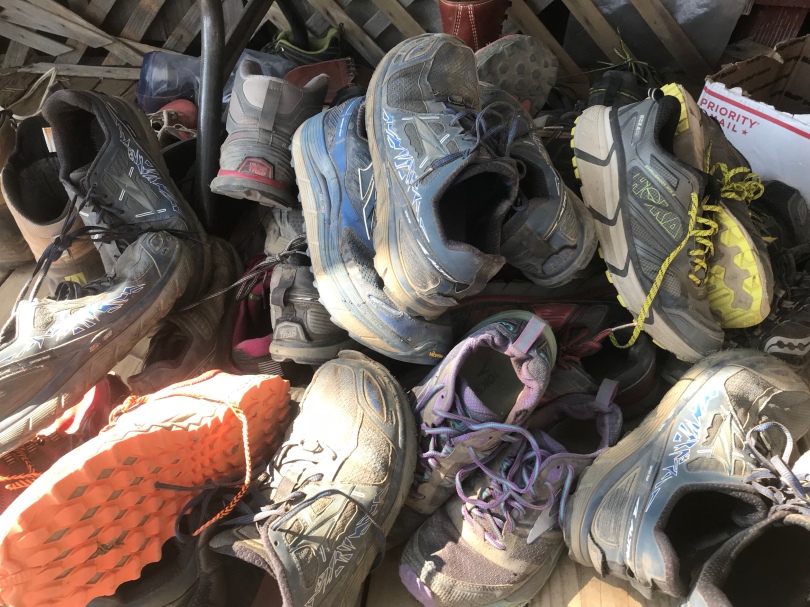 Lots of businesses and trail angels are reconsidering their willingness to assist hikers in the future, mainly due to lack of respect and leaving places in appalling condition.

Time to lift your game class of 2018 to ensure that future hikers are afforded the same opportunities that you have enjoyed. 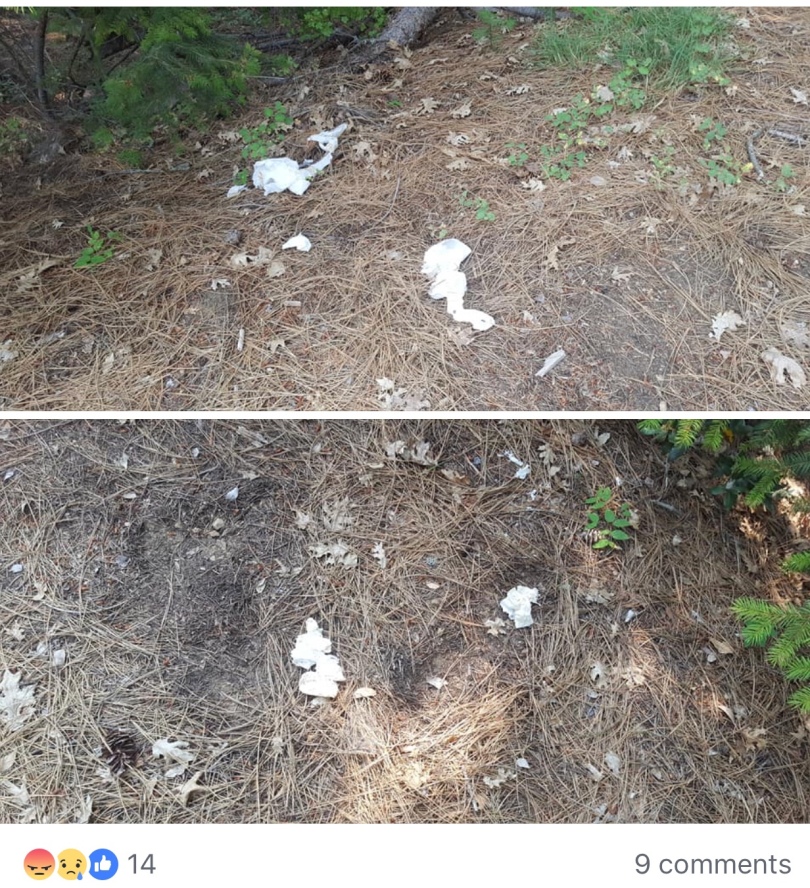