Fairly cruisey day today. The terrain was undulating all day. A few minor climbs but nothing like the past few weeks with major passes to cross.

A couple of the Orbost Secondary College Outdoor Ed students asked for some more photos of the local flowers. So this set me a task today to pay close attention to flowers I haven’t seen before and take snaps. I’ll post a photo essay in a separate blog post to follow.

The major climb for the day came just before lunch, up to saddle above Noble Lake. The views on both sides of the saddle were gorgeous but I forgot to take any photos.

I was joined for lunch by Face Plant and Waterfall. Happily talking away and munching food who should happen to come along but Zac, now known as Fievel. I haven’t seen him since just before Wrightwood when we yogied some beers out of some weekend campers. I thought he was days in front but it turns out he had to leave the trail for some trade school stuff and is back. 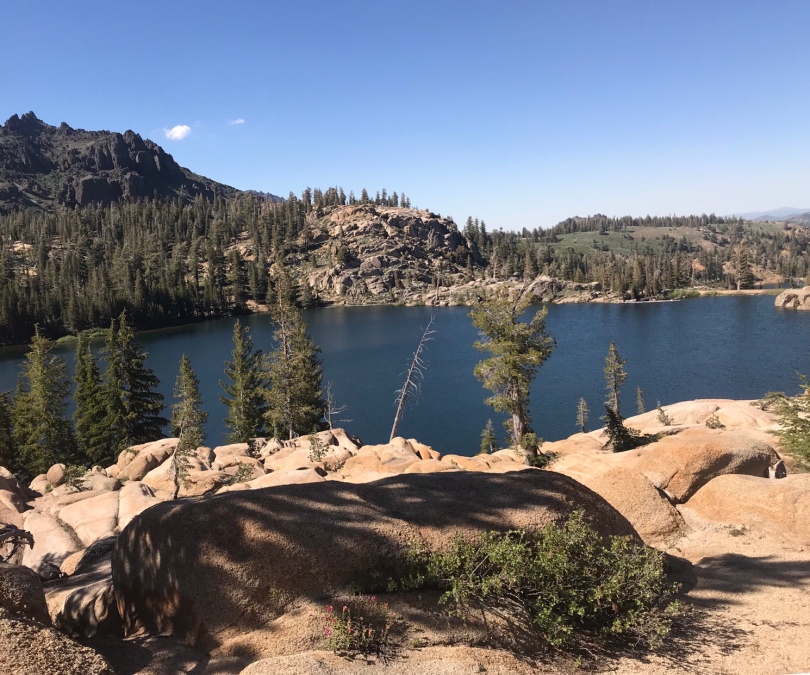 We’re still hitting to odd patches of snow that are hidden away from the sun on the north slopes. They aren’t too bad to cross but incredibly muddy either side as they slowly melt away.

Not too much more to say today.

Camping with Sage in a small grove of trees close to Eagle Creek tonight.

My right knee was playing up a bit so I grabbed some snow in my bandana for a makeshift cold compression. I tried to soak my feet in the creek but it was way too cold.