Today was difficult to calculate miles as I took a couple of alternate routes. From mile 168 to 178 there is a fire closure that has been in effect for quite a few years. A fire ripped through this section of the mountains and absolutely devastated the hill side. I can’t remember when the fire was but the scar is still very evident.

Anyway seeing as though I skipped the section from Paradise Cafe (151.8) to the closure at 168, I thought I’d better make up for it by climbing the steep Tarquitz Peak trail from Idyllwild to mile 178 where the PCT is opened (closed SOBO).

Much cooler conditions today and a change of scenery walking through pine forests established on the hill side.

Boy what a difference a rest day makes to hiking. I was loving today.

I took the San Jacinto alternate route which deviates off the PCT but is longer by a mile and got to climb to the top of San Jacinto. The views down towards the valley floor were amazing the rest of the days route and tomorrow’s could be seen. Now that I’m up ts a case of heading straight back down, for a 20 mile descent. 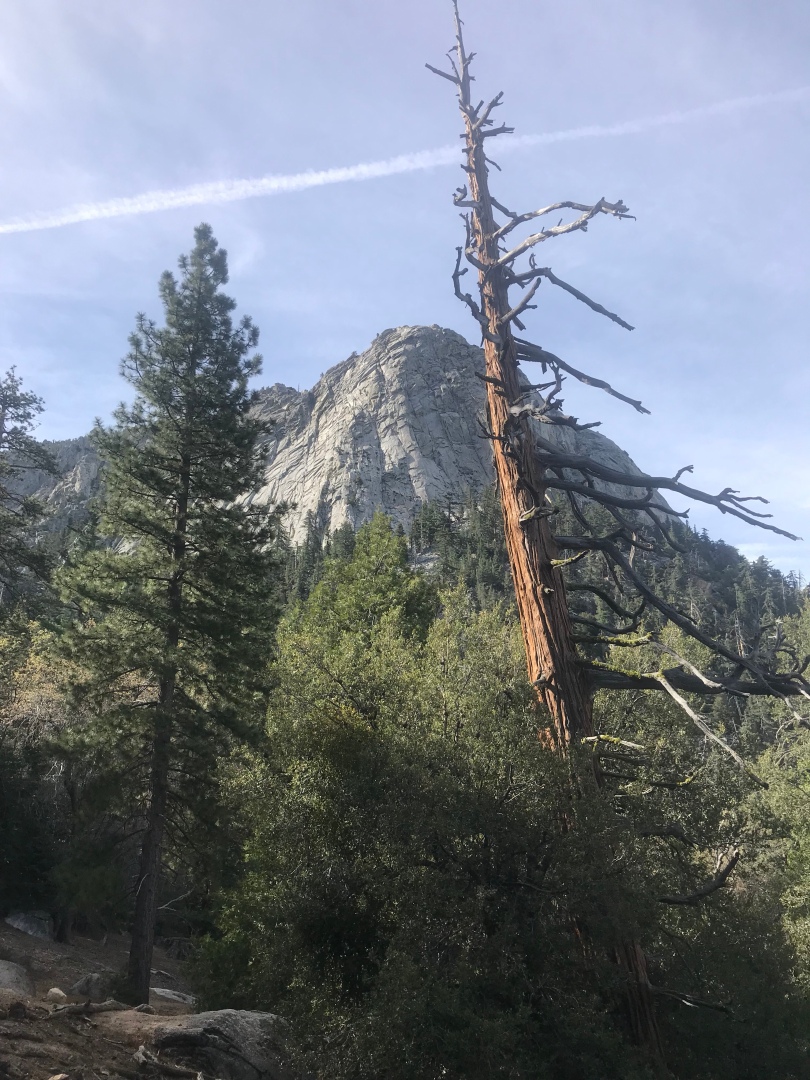 Getting back onto the PCT on the opposite side of the mountain the wind had really picked up. Luckily the sky was clear heading down Fuller Ridge. If there were any moisture in the air with this wind it would have been nasty stuff. The trail traversing the ridge over really rugged terrain. It is easy to see how people go missing.

Last year a PCT hiker David O’Sullivan went missing in this area and hasn’t been seen since. There are notices at most trail junctions reminding hikers to keep a look out for any signs of him or his gear. Last year was close to a record high snow year and there was definitely snow up here at that time. With snow on the ground the trail would be virtually absent, very easy to get into trouble. 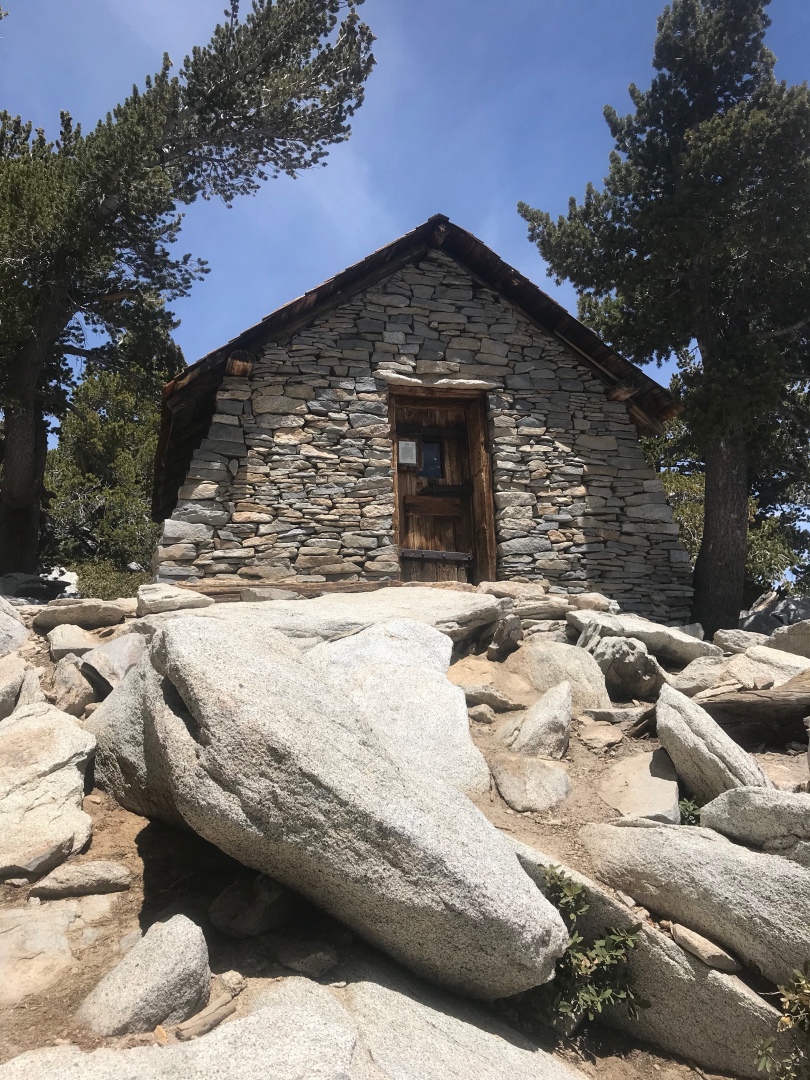 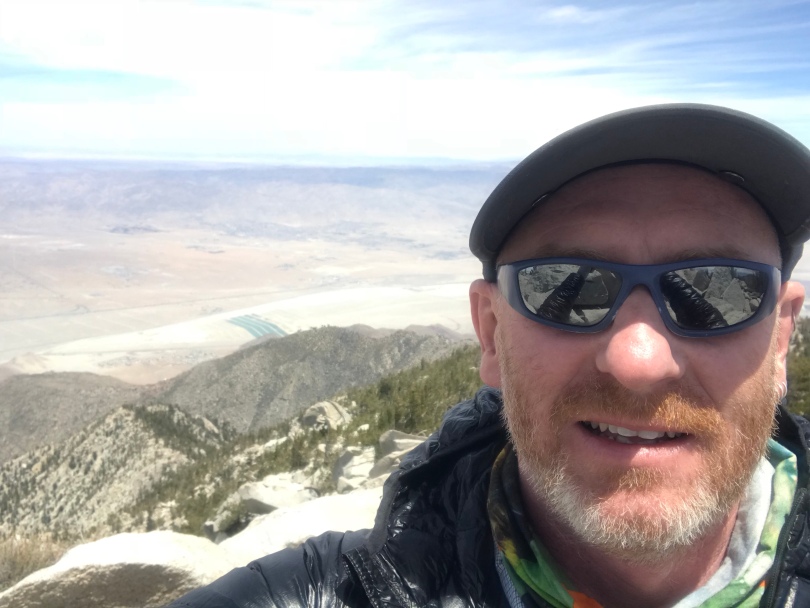 But not today. The trail was clear but oh so windy. Almost knocked off my feet a couple of times.

I made it to camp and scrambled to set my tent up in the wind. A tricky business. I had heard rumours of bears in the area and wasn’t sure if I should cook near camp or not. I didn’t want to go too far as it was freakin cold. Anyway, I saw a couple of car campers with a roaring fire and wandered over to ask about the bear situation. Great move. Turns out the car campers are previous hikers and out for the night to provide yet more trail magic. On top of having a fire to get warmed up around, I had tossed a beer and fresh cooked hotdogs with all the accompaniments. Hikers are certainty getting looked after out here. 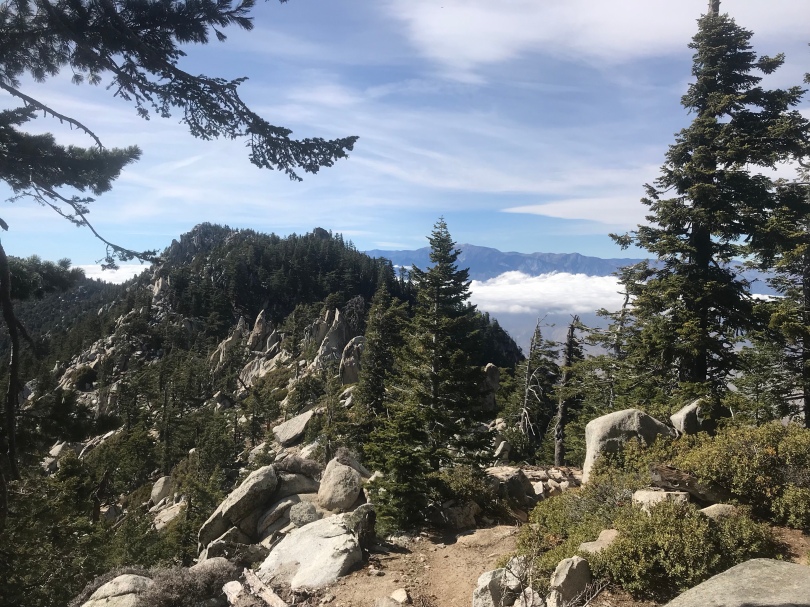 Other hikers arrived in behind me and were treated to the San. After a second beer I was off to tuck up inside my quilt. Far too much wind to allow the fire to throw out much heat.